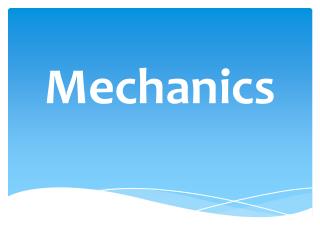 Theoretical and Applied Mechanics Program Northwestern University - . ranked no. 1 by the chronicle of higher

Unit 4 Energy and Momentum - . this unit is a continuation of the study of mechanics that trainees studied in units 2