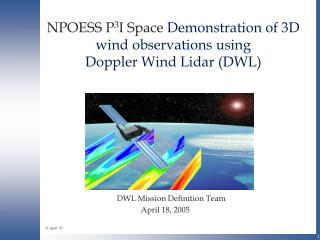 Doppler Radar - . who invented doppler radar?. it was invented by christian johann doppler, a physicist from austria, in

The Beaufort Wind Scale - . use this presentation to learn about how weather watchers measure the wind on land. click on

WIND and DESERTS Wind is a turbulent fluid and therefore transports sediment in much same manner as rivers do: - 1. bed