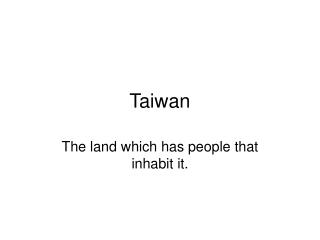 Taiwan. The land which has people that inhabit it. Begininging. Taiwan was believed to have been created at the start. Taiwan may be here. Hahahah only joking ive got a rael map here. Somehwere here. More Taiwan Begining.