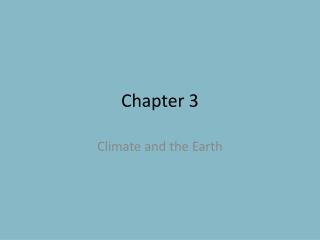 Chapter 3 . Climate and the Earth. Weather and Climate. Weather: The condition of the atmosphere in one place during a limited period of time Climate: weather patterns that an area typically experiences of a long period of time