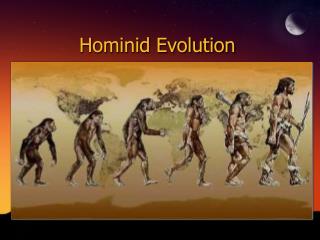 Hominid Evolution. Origins of Hominids. Most crucial change was Bipedal Locomotion Other changes include Expansion of the brain, larger birth canal, reduction of face, teeth and jaws All of these occurred 2 million yrs. After bipedalism Journal Entry 1. Why did Bipedalism occur?. Primate and Human Evolution - Chapter 19 . primate and human evolution. the cradle of mankind. olduvai gorge on the

Evolution and Growth of Muslim Society in Subcontinent - . in context of subcontinent dated:22-09-2013 by muhammad ali

Lecture #2 – Evolution of Populations - . image of a population of penguins. key concepts:. the modern synthesis

The evolution of Geriatric Medicine in the UK: Are there any lessons for Taiwan? - . 12 th january 2008 dr david oliver

Evolution Debunked - . if evolution really works how come mothers only have two hands? —ed dussault an ounce of mother

The Evolution of Positive Behavior Support in Our Society: A Functional Analysis - . anthony biglan senior scientist,

Evolution - Biology chapter 15. evolution. evolution. when drawn like this it presents a huge misconception!!!. players.

What is Evolution? - . a change in the genetic make-up of a population over time. how does evolution occur?. there were

Chapter 2 – Human Evolution - . today’s objectives. how do humans differ from apes? skeleton, organs, culture why was