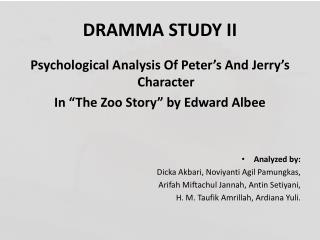 Music System (Case Study – II) - . introduction of music system. a music system is a device which can play pre-recorded

Bible Study Methods, Part II - . thunder in the holy land. jesus said, “follow me, and i will make you fishers of