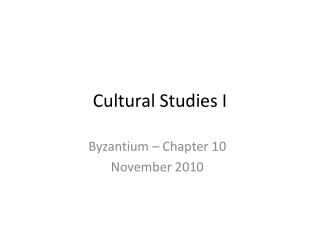 Cultural Studies I. Byzantium – Chapter 10 November 2010. Byzantium becomes Constantinople. The city of Byzantium was a relatively unimportant harbor city before the arrival of Constantine, the first Christian ruler of the Roman Empire