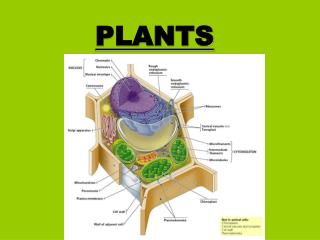 PLANTS. SPECIALIZED PLANT CELLS. LEAVES. Most leaves are thin and flat, an adaptation that helps them capture sunlight for photosynthesis .  Like roots and stems, leaves are extremely variable (adaptations). . LEAF STRUCTURE AND TYPE. Main function of Leaves :