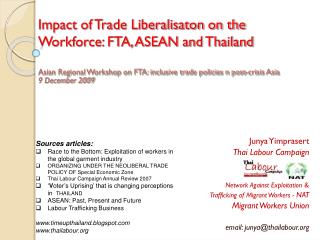 Mourning the Thai king - The people of thailand mourn king bhumibol adulyadej, seen as head of an institution central to

The Contract Labour (Regulation and Abolition) Act, 1970 - . objectives. to regulate employment of contract labour and

Cells (Division of Labour ) - . chapter 24. in this chapter, you will learn…. that cells of similar structures are

FINANCIAL EXPLOITATION OF VULNERABLE ADULTS - . for employees of financial institutions, broker-dealers and investment

Introduction to Software Exploitation in the Windows Environment - . corey k. c oreyxk at gmail. all materials is

Pink Chaddi Campaign - The pink chaddi campaign kicked off on 5 february 2009 to oppose the sri ram sena. the campaign is