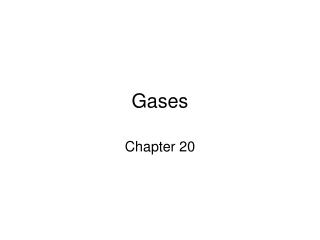 Gases. Chapter 20. Gases. Gases and liquids are both fluids – they are substances that flow. Because of this, the behavior of gases is very similar to the behavior of liquids in many regards. The biggest differences are: Gases are compressible