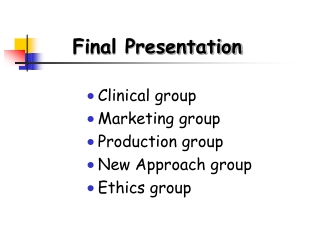 Group Production Portfolio - . planning and preparation. there are s ix elements to the preproduction process: market