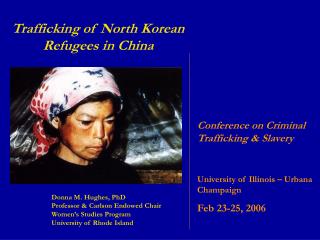 Refugees in EU - . what is eu ? . the eu is an economical and political union of 27 european states and countries the eu

Causes of Refugees - . by chanel &amp; nicole. a person who has fled their homeland because of political persecution.

North Korean Propaganda against the U.S. during the Korean War - . photos frohttp://dpmachenry.tripod.com/propwar.htmm