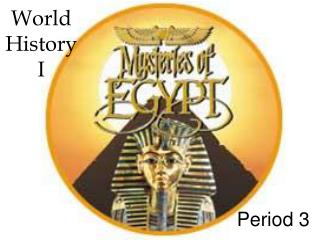 NEW WORLD ORDER - . everybody wants to rule the world. globalism is fundamental to cts if cts are about connecting to

World History Eras 1 and 2: Urbanization, Agriculture, and Ancient Civilization - . is there a problem with world history

Perspectives on World History - . what is the appropriate scope of world history?. “big history?” considers broadest

World History - . chapter 1 presented by mr. “g”. history began at this point according to historians. card 1. give

GCSE History - . modern world. 20 th century. why study history?. it teaches you how and why the world came to be as it

AP World History Mr. Fletcher - . philosophy and world history. here’s an easy one:. what does it mean to be. good?.

- *students must take either world geography or world history. if the ard committee decides that the student will be

Bridging the Gap between World Geography &amp; World History - . i like the ancient world and cause and effect. . my

The Post-Cold War World: the “end of history?” The Clash of Civilisations World Politics Today - The post-cold war