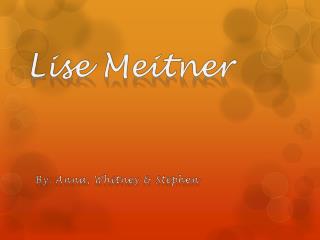 Lise Meitner - . by: landon miller. lise meitner’s childhood. when meitner was little, she liked mathematics and

lise - Once upon a time… the tales of life