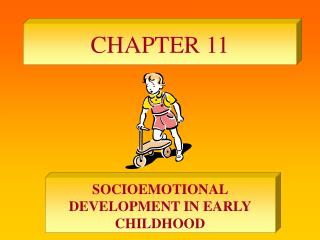 CHAPTER 11. SOCIOEMOTIONAL DEVELOPMENT IN EARLY CHILDHOOD. EMOTIONAL AND PERSONALITY DEVELOPMENT. The Self