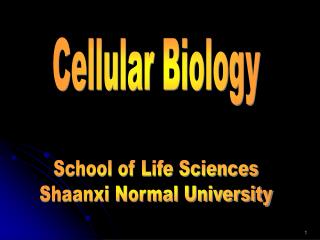 Cellular biology - . a review. what is the smallest element of protoplasm?. the cell which of the following

Biology 5.3B Cellular Respiration - . cellular respiration. cellular energy. most of the foods we eat contain energy

Introduction to Cellular Biology - . essential questions. what is the cell theory? what are the characteristics of