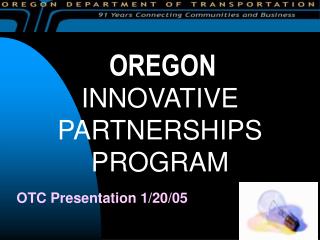 Oregon - 5 th grade. oregon . the northern and southern borders of the oregon country was from the rocky mountains to the

Oregon - The little state that could. oregon. and. the death with dignity act. presented by: maddie miller lesedi

OREGON - . by alex b., ian n., and george m. nickname, region in the u.s., capital city, major cities, and population.

Oregon Territory - . hello everyone, this is the us-d splashcast! today we are here to talk about the &quot;oregon

Oregon trail - . by julian villegas. the early days. the oregon started in independence and ended in oregon city. it took

Oregon SHIBA - . a state health insurance assistance program (a.k.a. ship). agenda. shiba - who we are what we do explain