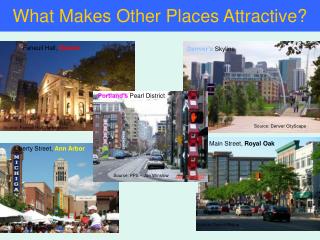 Our Ancient Laughing Brain - . 1. why do we laugh?. what makes us laugh?. is humor the main ingredient of laughter?.

Designing Better Places 2 - It’s going to take lots of changes in the way we construct our buildings, how we arrange

Life in Medieval Towns - . introduction. at the start of the middle ages, most people lived on manors in the countryside.

Development - . chapter 9 unit vii. vacation . where would we like to go on vacation? preferably a popular, yet

Chapter 9 - . development. let’s go on a vacation!. where would you like to go on vacation? pick a less-developed

Static Electricity - . it’s what we see…. charges. rubbing plastic or glass makes them attractive to bits of paper or

Putting People in their Places - . an anonymous and privacy-sensitive approach to collecting sensed data in

Where People Live - . standards covered. 1.2 students compare and contrast the absolute and relative locations of places

Intermolecular Forces and Liquids and the Chemistry of Solids - . chapters 12 and 13. more complicated than gases…

A KID LIKE ME: 2005 - . made possible by the program partners:. textbook transparencies. transparency 1: geography of