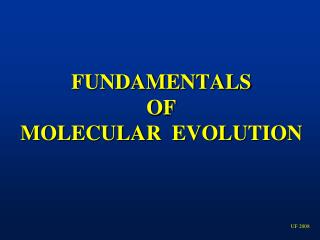 8.3 – Evolution as an Ongoing Process - . co-evolution traits developed through natural selection in one species