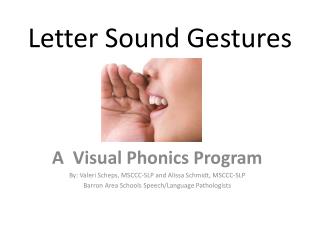 Sound-Letter Relationships - . phonemes and phonics. phonemic awareness. as stated in the phonological awareness

Phonics I: Letter-Sound Relations - . edc424. why teach letter-sound relations?. case 1: what does this student struggle

We are learning a new letter sound! - . for muzzy the monkey bananas are yummy. she munches so many. they fill up her