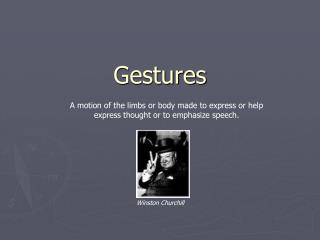 Gestures. A motion of the limbs or body made to express or help express thought or to emphasize speech. . Winston Churchill.