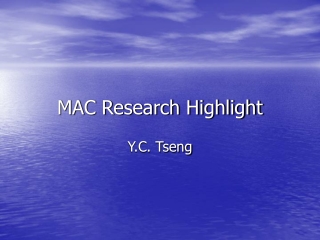 Research Highlight: Nanostructured Superconductors - A superconductor is a material which conducts electricity with no

Research Highlight: Forces in Electrorheological (ER) Fluids - An er fluid is a material whose viscosity (resistance to

Highlight report - . 4. field research. what media do you use the most? why would you choose for a city trip instead of

Monthly Highlight - . monthly highlight. ballot your ideal model in order to encourage our members take each kind of

An highlight on EU activities on Research Infrastructures - . miloš kuret ministry of higher education, science and