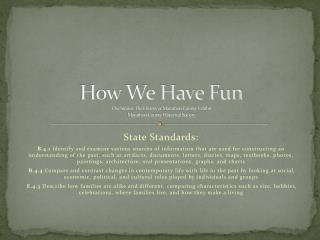 Standards - . where we came from and where we are going. function of standards f( s t ) = c 2. dr. brennon sapp october

Common Core State Standards for Mathematics - . learning targets. gain an awareness of the content and structure of the