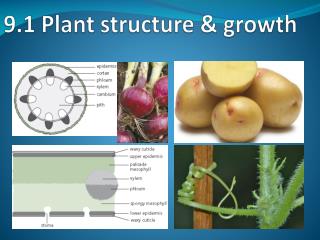 LIFE CYCLES AND GROWTH OF PLANTS AND ANIMALS - . how do plants reproduce? when a plant grows, it goes through a series of

What is a Plant? with Plant Diversity - . chapter 21 &amp; 22. multicellular eukaryote produce their own food through