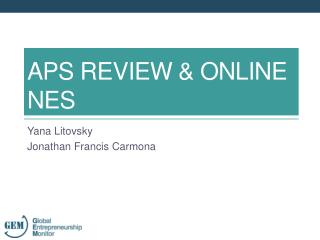 Review of BOs - . objectives of the review of bos. to find whether the bo is self supporting and financially viable

Biology 2 - . plant kingdom identification test review. use the review key to identify the listed items on this review.

Systematic Review - . an introduction. review. the general term for all attempts to synthesize the results and