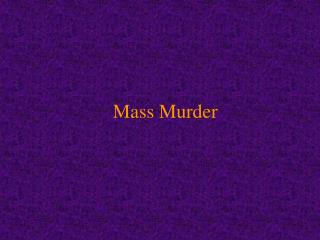 Mass Murder. Mass murder is a distinct form of multiple murder which has three defining components:. There are multiple victims of the homicide incident A limited location for the murders A limited time period in which the killings occur. For our purposes, mass murder can be defined as:.