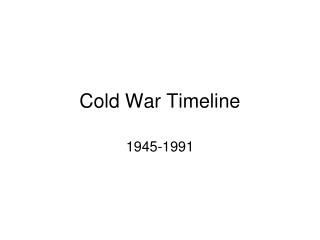 Cold War Timeline - By a u.s. history student. cold war timeline . use of the atomic bomb- august 1945. the united states