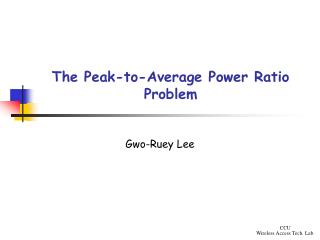 The Beauty of Taiwan - . 3952 meters high from sea level, the main peak of yushan and the highest mountain in taiwan.

Sports Nutrition for Peak Performance - . we have been discussing basic concepts of nutrition: - food choices and

8.1 Ratio and Proportion - . day 1 part 1 ca standards 5.0. warmup. find the slope of the line that passes through the