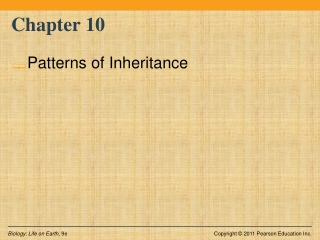 Chapter 10. Patterns of Inheritance. What Is the Physical Basis of Inheritance?. Inheritance is the process by which traits are passed to the offspring Genes are sequences of nucleotides at specific locations on chromosomes