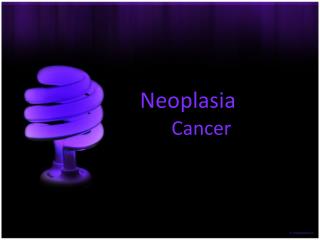 Neoplasia - . dr. raid jastania. neoplasia: terminology. cancer is the 2 nd cause of death in the us neoplasia is “new

Neoplasia - . helpful references for the students. robbins textbook of pathology

NEOPLASIA - . dr.roopa pathophysiology premed 2. neoplasia. neoplasm is an abnormal mass of tissue as a result of

Neoplasia - . pathophysiology of tumors and cancer. cells normally differentiate, grow, mature and divide. these are

NEOPLASIA - . neoplasia is a very important topic in pathology because neoplasms are both common and serious diseases. a