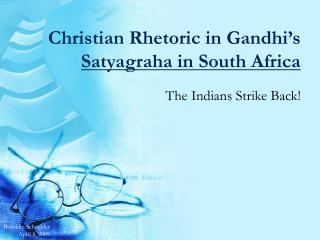 Christian Rhetoric in Gandhi’s Satyagraha in South Africa. The Indians Strike Back!. Unemployment in South Africa: Do we know what we are talking about…? - . readings for presentation university of

Apartheid in South Africa - . apartheid facts:. took place in south africa between 1948 and 1991. a system of laws

Quiz - To test your knowledge about india who is the first prime minister of independent india? indira gandhi pandit

Unemployment in South Africa: Do we know what we are talking about…? - . readings for presentation university of

Rhetoric &amp; Critical Thinking - . ~ and the rhetorical situation (an ongoing powerpoint by jo doran). what -

South Africa Non West 2014 - . the population of south africa. the dutch arrived in the 1600s and were the first