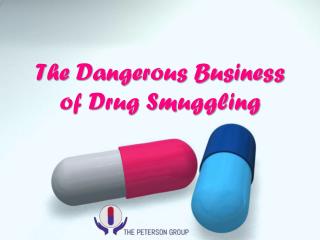 Illegal trade of medicines considered harmful to health without proper monitoring and prescription is an international issue and a long-time problem among many governmental institutions.

There are rampant reports on the trade of drugs such as cocaine and heroin. It has long been a frustrating feature and the government as well as the public has been in constant pursuit against its distribution. After years of attempt to combat the illegal drug trade, nations have realized cooperation among international actions is the only effective way to restrain the trade.

Africa and Asia have been victims of these trades because of loose security. Because of the worsening effect on each nation, many cities have taken extra precaution on the deals involving drugs and medications.

Indonesia is one example of one of the nation’s known to have the most secured policy when it comes to punishing fraudsters in this field. From Jakarta to other parts of the archipelago, capital punishment is the worst penalty sentenced to those found guilty of smuggling illegal drugs within any part of the country. Earlier this year, nine foreign and local individuals were executed through firing squad because of drug trafficking. Food-Drug Interactions - . definition of terms. drug-nutrient interaction: the result of the action between a drug and a

Powder and Crystalline Form Drugs - Why powdered drugs?. drug may be unstable in reconstituted form.shelf life can be