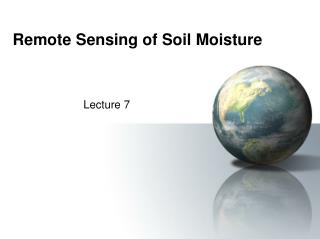 Remote Sensing of Soil Moisture. Lecture 7. What is soil moisture?. Soil Moisture Behavior - . why is water important to plants?. it is a nutrient serves as a solvent for other nutrients.