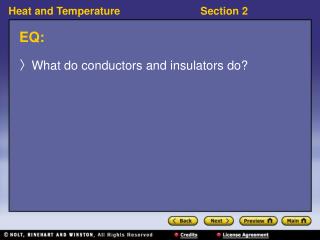 EQ:. What do conductors and insulators do?. Class Starter. Check EQ and MV. The two pictures all show examples of energy transfer. Answer the questions about what happens in each picture, and identify how the heat goes from one object to another in each case.