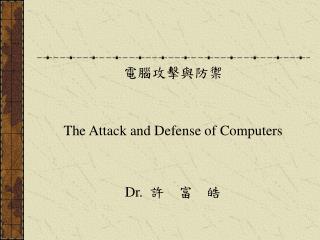 Tunisia Beachside Attack - A gunman killed 39 people, mainly british tourists, in an attack on a resort beach in

Computers and Humor - By don l. f. nilsen and alleen pace nilsen high learning curve it support how computers have

M.S. Thesis Presentation - . alex dekhtyar for csc 590. we will talk about. logistics of m.s. defense structure of

MIMD COMPUTERS - . mimd computers or multiprocessors there are several terms which are often used in a confusing way.

Why Is DDoS Hard to Solve? - . a simple form of attack designed to prey on the internet’s strengths easy availability

Computers and learning - . this presentation is designed to introduce you to some of the basic ideas associated with

Chapter 9 The Constitution: A More Perfect Union - . i can explain how the constitution created “a more perfect