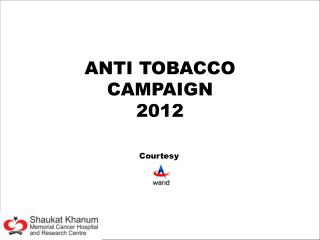 ANTI TOBACCO CAMPAIGN 2012. Courtesy. EPIDEMIOLOGY. It is estimated that tobacco kills : 5 million people globally a year, Death toll is expected to rise to 8 million per year by the 2030's 80% deaths occurring in developing countries. Courtesy Inspection Report - . purpose. every vehicle that enters the shop must have a completed courtesy inspection