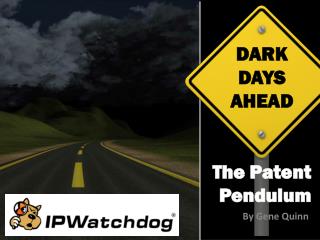 Homework - Aim:. how do we determine which factors affect the period of a pendulum?. do now:. draw a diagram of a

Patent this. - Patent this. help stabilise erosion-pront soils. it can absorb and lock up carbon. provide a flood

BALLISTIC PARTICLE MANUFACTURING BPM - Bpm history. bpm was invented by bill masters. bpm was patented in 1987, and in

“Breeding Business” A report on patents and plant breeder’s rights in the breeding industry - . niels louwaars