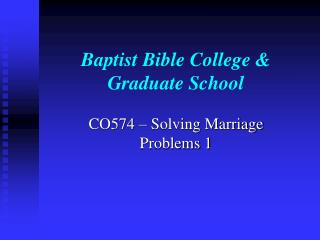 YOUR BIBLE - . your bible. 16 all scripture is inspired by god and profitable for teaching, for reproof, for correction,

Is the Bible Reliable? By Dr Dave Geisler - . www.meeknessandtruth.org. is the bible reliable?. possible questions behind

How Did We Get the Bible? - . how we got the bible. lesson four: manuscript discoveries &amp; modern translations.

Lakeside Baptist Church Daycare Center - . faqs. what are the ages served?. 6 weeks to 12 years of age. please see our