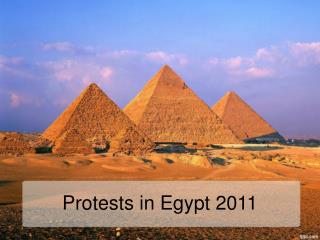 Protests in Egypt 2011. Call for change of Government. Hundreds of thousands of Egyptians are calling for President Hosni Mubarack to step down. Demonstrators have occupied Tahrir Square, Cairo's central plaza, and vowed to remain at the site until Mubarak's ouster. Egypt , 2011 - . an historic revolution. liz shumpert period 1. many of the january protests took place in egypt’s

Labor Protests in China - . what risks are these chinese workers taking by striking? how might those risks differ from