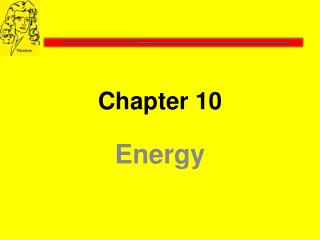 Chapter 10. Energy. What is Energy?. "It is important to realize that in physics today, we have no knowledge of what energy is . We do not have a picture that energy comes in little blobs of a definite amount." -Richard Feynman "Lectures on Physics". What is Energy? Con’t.