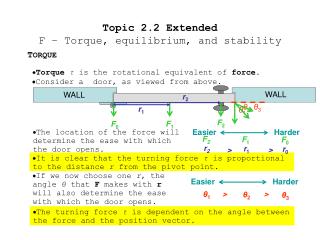 Chemical Equilibrium - . equilibrium. initially all liquid gas only, produced balance of gas and

Chapter 12: Static Equilibrium - . first condition for equilibrium. when a particle is in equilibrium (no acceleration),