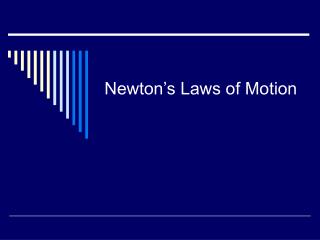 Newton’s Laws of Motion. Basic Concepts. Force – push or pull on an object - Vector quantity Mass – amount of matter in a body. - Measured with a balance - Scalar quantity. First Law. Also known as the law of inertia

Chapter 4 Linear Motion - . you can describe the motion of an object by its position, speed, direction, and acceleration.

Hammurabi’s Code of Laws - . hammurabi’s code of laws. one of the first written codes of laws established during the