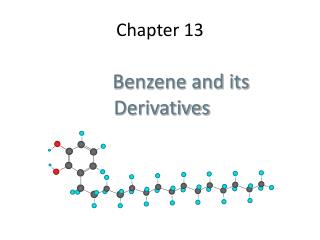 Chapter 13. Benzene and its Derivatives. Aromatic Compounds. Aromatic compound: a hydrocarbon that contains one or more benzene-like rings arene: a term used to describe aromatic compounds Ar-: a symbol for an aromatic group derived by removing an -H from an arene