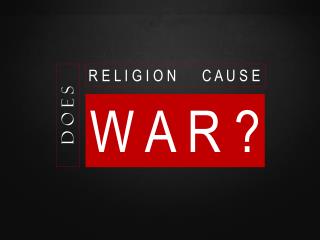 R E L I G I O N C A U S E. W A R ?. D o e s. Atheists and secular humanists consistently make the claim that religion is the #1 cause of violence and war throughout the history of mankind. Religion and faith are “the most prolific source of violence in our history .”