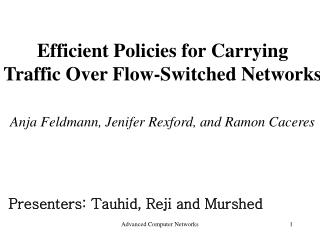 Traffic Flow models for Road Networks - . by team-2. introduction. traffic congestion is a serious problem, that we have