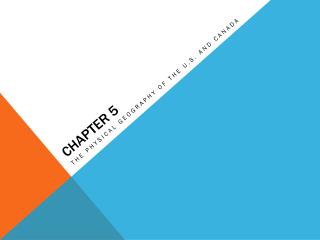 Chapter 5. The Physical Geography of the U.S. and Canada. Land Forms. Western Mountain Ranges : The Pacific Ocean forms the western border of both the United States and Canada.