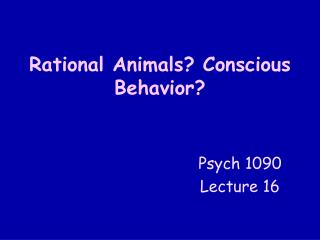 6.1 The Fundamental Property of Rational Expressions - . rational expression – has the form: where p and q are

Our Friends--Animals - . around us there are different kinds of animals they are domestic animals wild animals animals

Reading Street - . unit 1 week 4. how are people and animals important to one another?. animal friends. how do people

Most animals (&gt;95%) are inverts Aside from very successful insects, most animals are marine - Kingdom animalia –

Pathophysiology of Epilepsy - Epilepsy. epilepsy is the commonest neurologic disorder with therapeutic indications,

CPCSEA – C ommittee for the P urpose of C ontrol and S upervision of E xperiments on A nimals - . heirarchy of cpcsea.