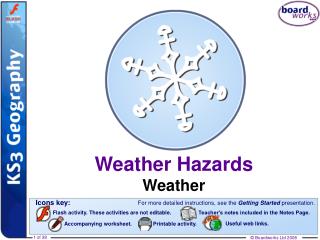 Extreme Weather Hazards - . these icons indicate that teacher’s notes or useful web addresses are available in the