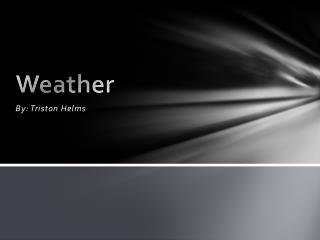 Weather. By: Triston Helms. Tsunamis. A tsunami is a series of ocean waves that sends surges of water, sometimes reaching heights of over 100 feet (30.5 meters), onto land. These walls of water can cause widespread destruction when they crash ashore.