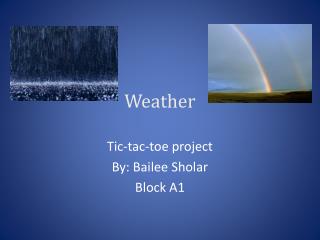 Weather. Tic-tac-toe project By: Bailee Sholar Block A1. Tsunami. A tsunami is a series of ocean waves that sends surges of water, sometimes reaching heights of over 100 feet (30.5 meters), onto land .